Burning Down the House

What are the options of „the system“? I am hesitating:
On the one hand, I see the offense of high treason fulfilled, at least as it is regulated in the German penal code. There it says: "High treason is a crime which endangers the security of a state." (U.S. law has a different definition). 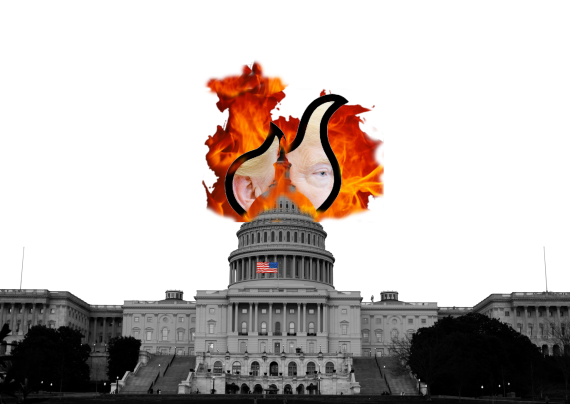 But if "the system" were to hold Trump accountable now, nationwide uprisings, if not civil war, could be expected.

Trump relies on asymmetric warfare: the system cannot, must not, should not respond with the same means with which it is attacked. But how exactly could "the system" respond?

The 25th Amendment to the Constitution governs impeachment [https://www.spiegel.de/.../donald-trump-so-ist-eine...]. After simple congressional approval, it requires a two-thirds majority in the Senate. The GOP has already failed once - and the party would probably collapse because of its entanglement.
But: The process takes time!

The crucial point, however, is that Trump has (only) 13 days left to throw the U.S., and perhaps the world, into chaos.

Well, I consider it a state emergency.
In my eyes, there are only three measures to save the USA.

• First: exclude Trump - and anyone who would speak "in his name" - from all media by legislative and executive means, and
• Second: Shut down all social media until Biden has taken office.
• Third: A general strike (which seems to me as the only alternative to public meetings, because of the Corona danger).

But even if the country succeeds in managing the transfer of power, the question lurking behind it remains: How will the 2 x 50% of the people live together in the future?